Milton Keynes is unique. We have lots of roundabouts, concrete cows and robots delivering goods to homes.

However, there is something else unique about MK.

Milton Keynes has a large Muslim population, and they’re from a diverse range of ethnic and social backgrounds.

As a result, we have several Mosques ran by members of different ethnic communities. So, I decided to create a map of all Mosques in Milton Keynes.

Below is an interactive map showing all Mosques and prayer rooms in MK, including multi-faith rooms located in the Milton Keynes shopping centre and hospital. I have also created maps for London, Birmingham and Manchester, with an aim to cover the entire UK.

A list of all Mosques and Prayer Rooms in Milton Keynes can be found on the map below.

Yellow = Hall hired for Jummah only

Let’s go through each Mosque & Prayer Room in more detail.

…and while you’re here, why not read through some of my Nasheed reviews.

For years Milton Keynes had no Prayer Room inside the main shopping centre. However, there is now a Multi-faith room complete with Wudu facilities.

The Wudu room contains heated flooring. However, it’s not segregated.

Technically it’s open to people of all faiths but mainly used for Muslim prayer. The Qibla is located towards the opposite corner to the doors.

Exact location: walk up towards the John Lewis / Primark end of town. The prayer room is located next to customer services, beside the toilets. Or opposite KFC (not Halal).

Located in the Blue Zone on Level 2.

The Chapel, Quiet Room and Muslim Prayer Rooms are open 24/7. At night you will need a member of staff to swipe you in.

There is a dedicated Muslim prayer area with Wudu facilities and separate prayer spaces for men and women.

The Chapel is available for anyone to sit quietly or to pray. Jummah prayers are held here, but they currently need to be booked in advance.

There is a large car park. However, it gets full fairly quickly during Jummah. Therefore, Mosque users are advised to park in the car park at the end of Lloyds road, close to Woughton Leisure Centre.

The Jummah khutbah is in English and Jummah is open to both men and women.

The Mosque holds a number of talks, classes, exhibitions and fun days.

The Mosque holds a number of talks, classes, exhibitions and fun days. Other services include:

Taraweeh prayers are held at this Mosque, open to men and women. The Mosque typically prays 8 rakahs (units) of prayer, followed by Witr. The Witr is prayed in congregation as they follow the Shafi school, there is usually a salam after the second rakat of Witr, followed by one rakat. A dua is said out loud after the last Ruku.

The Mosque also hosts Ramadan FM. Ramadan FM is a local community radio station that I had been extremely involved with for the first 11 years. Learn more www.ramadanfm.com

Before we go further, here are some essential Muslim travel items, perfect when travelling around MK:

Located in Milton Keynes town centre, Masjid Rawdha is a large Mosque with prayer space for both men and women.

The Jummah khutbah is in English and open to both men and women. However, the women’s area is accessible via lift only. I believe plans are in place to create a staircase.

The Mosque offers madrassa, youth club, community services and more. It is run by the MKICA which stands for ‘Miltoin Keynes Islamic & Cultural Association’.

Taraweeh Prayers are held at this Mosque every year, for both men and women. They typically pray 8 rakats (units) of prayer followed by Witr. The Witr is usually prayed in congregation with a dua out load after the last Ruku. In the past, Egyptian Imams have led the prayer. They usually add an echo/reverb onto their sound system for extra effect. Occasionally, talks are held between or after the salah.

Purchase this product on Amazon

Also referred to as Fishermead Mosque.

A relatively new Mosque for Milton Keynes. Islamic Centre Fishermead is a purpose build centre with prayer space for men and women.

Currently, there is no prayer space for women during Jummah.

The Khutbah is in English and the Mosque has a car park around the back.

Also referred to as Wolverton Masjid.

This building was previously a post office and cinema before becoming a Masjid in 1995.

The Mosque is open to both men and women.

There is a car park however it gets full quickly during Jummah and Taraweeh prayers. Mosque users can park in the old Agora centre car park or on the side roads which are usually free for a short time.

The Masjid conducts khutbahs is both English and Urdu, and Naats are recited after Friday prayers. They offer several classes, talks and Dhikr gatherings open to all.

The Mosque holds Taraweeh prayers typically performing 20 units of prayer. The Mosque follows the Hanafi school and therefore the Witr Dua is silent. There is a schedule of talks to be held before/after each prayer.

The Mosque is open to both men and women, the women’s section being upstairs.

The new management are extremely friendly. I was impressed with the organisation of Taraweeh prayers during Ramadan 2021. The organisers stream the prayer live on Facebook and literally thanked everyone for attending once it was over, one row at a time.

Purchase this product on Amazon

Small Masjid newly created. This Mosque is located in an industrial estate and the venue is primarily an Islamic School.

I’ve not yet visited this Masjid on the inside however i’ve been told it looks amazing.

The Mosque is open for 5 daily prayers and Jummah.

Milton Keynes Jamee Masjid (MKJM) was established in Duncombe Street in the early 1970’s by a handful of individuals who saught to bring together the emerging Muslim community seeking to establish themselves in the local area. Most were from Bangladesh and originally came to live in the Bletchley area as they worked at the local London Brick Company and the British Rail depot in Wolverton.

Second Mosque in the Bletchley area, newer than the other.

The Mosque is open to both men and women.

Mosque for the Shia community.

There are several Mosques in Milton Keynes, each one bringing a different atmosphere and environment. Additionally, there are several Islamic societies that serve the local Muslim community by organising events and gatherings. 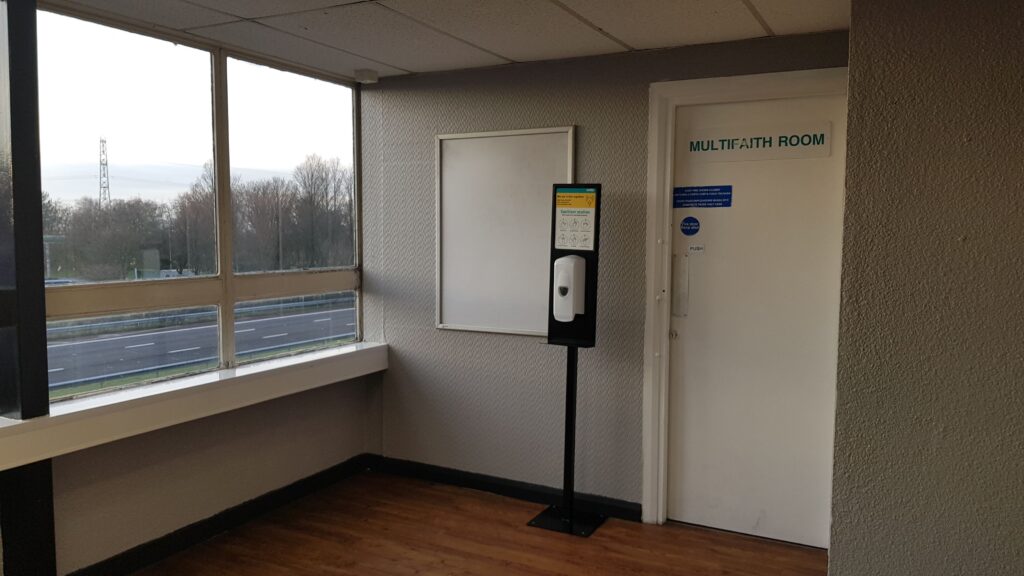 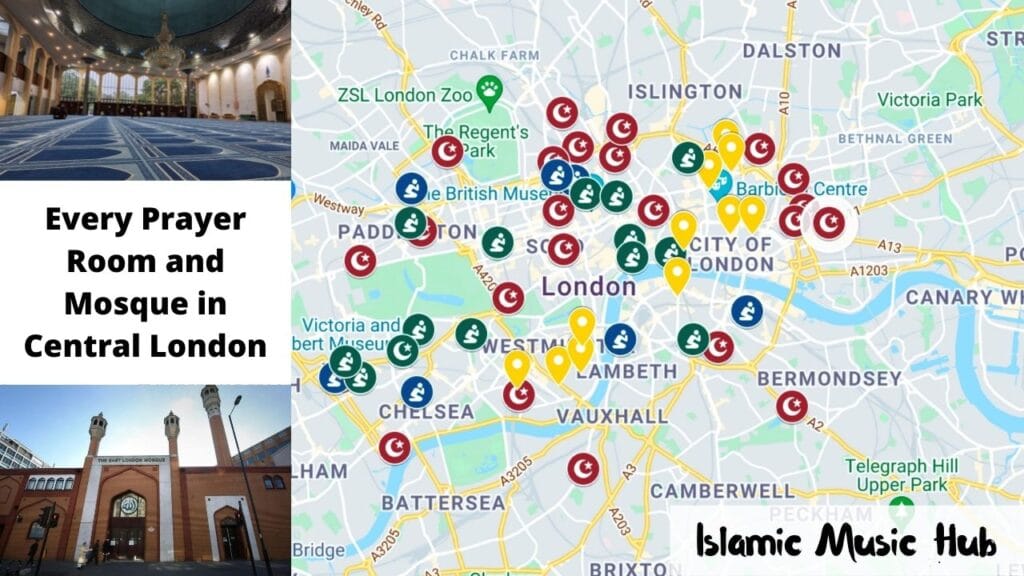 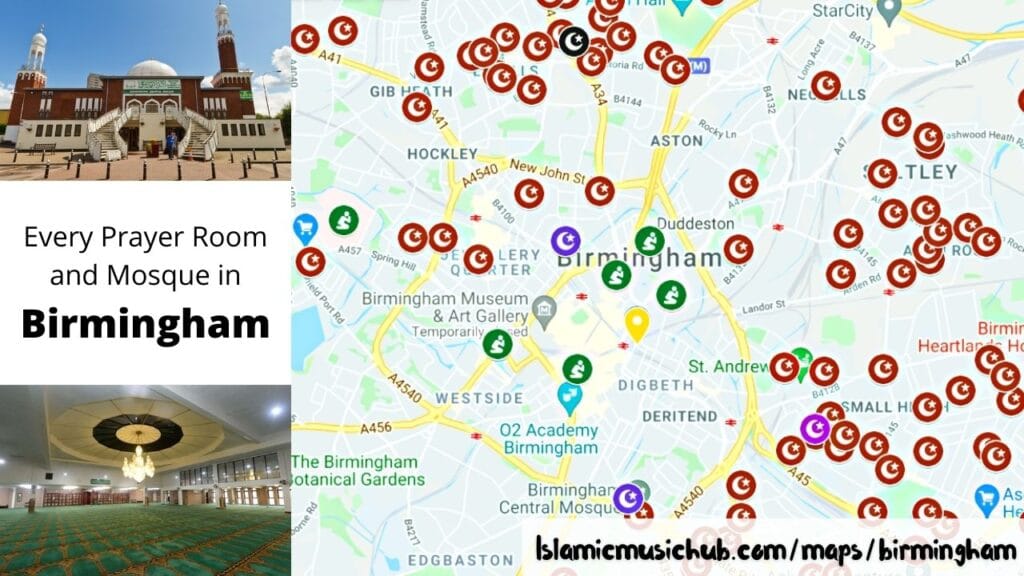 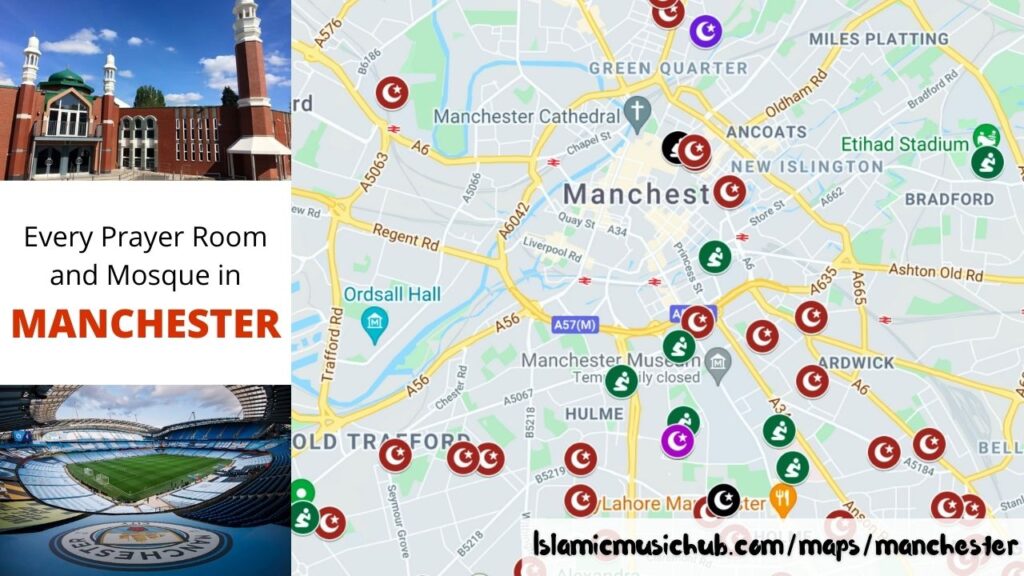