Every heard of a music-free musical Nasheed drama?

But that’s exactly what Haram Money is and it’s a brilliant idea.

Innovation may not be allowed when it comes to religious practices. However, it’s perfectly acceptable to apply to other things.

I love it when Nasheed artists think outside the box. Because, it’s how things progress and move forward.

So, what is Haram Money?

What is Haram Money?

Haram Money is a vocal only Nasheed by Omar Esa. But, it’s also the title of the musical drama which features that Nasheed.

Produced by ‘Sacred House Productions’ and ‘The Film Studio’, Haram Money is a 30 minute drama film in collaboration with Islamic Finance Guru.

The Drama is available to watch for free on Omar Esa’s Youtube channel.

…as we have embedded the film further down this page.

So, what is the drama about?

As the title suggests, the drama is all about earning and spending money. And how money changes our actions.

Set in London, the drama tackles common issues around money in Islam.

What issues are covered?

Interest – Interest plays a key role in the film. The lead characters live in a home that has been purchased with a mortgage. As is often the case, the family members are divided over the importance of fixing this. Lending is also touched upon.

Drugs – The film deals with drug dealing. More and more young Muslims are being led astray, especially in large cities. Therefore, tackling this issue is a must.

Theft – Crimes are more common in large cities, and British Muslims tend to be found in the city rather than the countryside.

Aggression – Money makes us do the unthinkable. Just watch how the personality of the characters change when money is involved.

There are loads of reasons why I believe you should take 30 minutes to watch this drama. Here they are:

If you’re reading this chances are you are a practising brother or sister. However, are your siblings as practising as you? or are your parents as keen on the deen or more worried about business, status and… money?

The characters have been carefully selected to represent a typical British Muslim family. It works!

The man behind it all. Omar Esa makes the drama what it is.

Omar Esa is a vocal only Nasheed artist who produces great quality Nasheeds.

The film opens with one of my favourite tracks of his titled ‘My Nabi‘. The ‘Haram Money’ song is featured throughout the film.

The film features Ibrahim Khan from Islamic Finance Guru. Ibrahim is an Oxford graduate who is doing so much for the Muslim community of Britain in the way of finance.

We had the opportunity to interview Ibrahim Khan on our radio show during Ramadan, in a show that was coincidently titled ‘Halal Money’. Ibrahim recently had a tv show on Islam Channel titled ‘The Halal Money Show‘. (We like to think he got the idea from us… but probably didn’t.)

See our interview with Islamic Finance Guru in our Halal Money radio show:

Although the drama tackles serious issues, contemporary jokes are featured throughout.

Here is one example:

References are made to the famous Salt Bae. Salt Bae is the nickname for a restaurant owner who has a reputation of pouring salt over meals by hand. The chef went viral recently due to his over priced meals, where you can purchase real gold to eat.

Now, let’s take a look at the lyrics for the feature song ‘Haram Money’.

Let’s deep dive into the Nasheed itself. Because, we are a Nasheed website after all.

The lyrics are below along with analysis.

The system is a squid game
Interests get a quick gain – 1 read analysis
Fast dollar, no pain
Living in the maze now
Can we find a way out

Everything’s the same and nothing seems to change
This money is a game
We’re living in the maze now
Can we find a way out way out, way out

Everything’s the same and nothing seems to change
Money is a game
We’re living in the maze now, can’t find a way out

1 – We should avoid Interest

Interests get a quick gain

It’s easy to get a quick and guaranteed return on our money using interest. However, this is a major sin in Islam.

There are several verses on the topic. Here is one that has been referenced in the drama:

“0, believers, consciously revere Allah, and give up what is still due to you from the Riba, if you are true believers.” “If you do not do so, then take notice of war from Allah and His Messenger. But, if you repent, you can have your principal. Neither should you commit injustice nor should you be subjected to it.”

2 – Allah says he will provide

Wallahi he will provide

This lyric is a direct reference to several verses in the Quran, where Allah says that he will always provide as long as you turn to him.

And He provides for him from (sources) he never could imagine. And if any one puts his trust in Allah, sufficient is (Allah) for him. For Allah will surely accomplish his purpose: verily, for all things has Allah appointed a due proportion.

A music free musical Nasheed drama is new, innovative and never been done before – I love it!

Furthermore, I hope this will open the doors to more dramas like this in the future.

In fact, i’d love to see more Nasheed artists working on projects like this one. Perhaps a Nasheed based film one day.

Leave your rating using the start system below:
Your Rating:

More like this. Check out other vocal only artists such as Siedd or Safe Adam 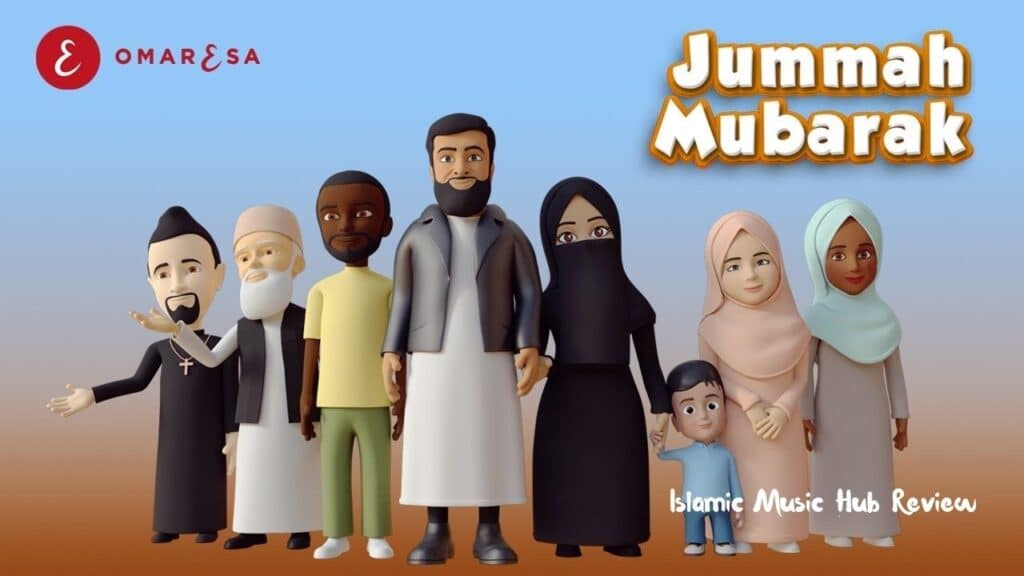