This song is all about turning to Allah for guidance. It teaches us to remember him no matter how difficult things may get.

It’s completely normal for us to feel left alone at times, in fact the prophet Muhammed (pbuh) also felt this way.

There was one instance where the prophet stopped receiving revelation from God, which got him feeling depressed. The revelation was suspended for 6 months; after which a new chapter appeared:

“By the morning brightness. And [by] the night when it covers with darkness. Your Lord has not taken leave of you, [O Muhammad], nor has He detested [you]. And the Hereafter is better for you than the first [life]. And your Lord is going to give you, and you will be satisfied. Did He not find you an orphan and give [you] refuge? And He found you lost and guided [you], And He found you poor and made [you] self-sufficient. So as for the orphan, do not oppress [him]. And as for the petitioner, do not repel [him]. But as for the favor of your Lord, report [it]” (Quran 93:1-11)

This teaches us to never loose hope. Maher’s song gives out a similar message.

The video is one of the best things about the track in my opinion. It has been kept extremely simple, featuring Maher Zain in his house by the fire – there are no cuts or edits.

I really like the use of mise-en-scene – it gives that warm, comfy ‘singing by the fire’ feel. Do you know the feeling?

Maher Zain - By My Side | ماهر زين (Official Lyrics)

Now onto the main part of the review.

We will go through the lyrics, calling out any references to Quran and hadith.

Maher Zain – By My Side Lyrics

Sometimes I can’t see
Where I’m supposed to go
Sometimes I speed up,
When I should take it slow
But through all my hard times
When I lose my way
You’re concealing my mistakes, yeah! – 1

Pre-Chorus:
I know You’re always by my side – 2
Never turning out Your light
When I need You most Your stars will shine

Chorus:
When I’m out there in the darkest place
Worn and tired
I can still see You illuminate
All my skies
When it feels like I’ve fallen too far from You
There You, there You, there You are – 3
Guiding me through

Ain’t nobody, no no nobody
That knows me like You do – 5
Ain’t nobody who makes me feel this way
Got no worries, no no worries
About anything
Cause I know You’re always there, oh

This is a huge point. We naturally sin however much of it is unknown to anyone but ourselves. We are actually taught not to make sins public. Let’s reflect on this hadith:

“Abu Hurayrah said: I heard the Messenger of Allah (peace and blessings of Allah be upon him) say: “All of my ummah will be forgiven except those who sin openly. It is a part of sinning openly when a man does something at night, then the following morning when Allah has concealed his sin, he says, ‘O So and so, I did such and such last night,’ when all night his Lord has concealed him and the next morning he uncovers what Allah had concealed.”” (Narrated by al-Bukhaari, 5721; Muslim, 2990).

I almost feel the above Hadith is a reference to Facebook/Instagram.

Some youngsters may end up going to bars and clubs during the night, especially at university/college. This is a prime example of a sin which is covered by the darkness of the night. The problem in these modern times is that many people take photos and post them on social media, allowing everyone to see their sins the next morning!

Let’s be thankful to Allah for covering our mistakes.

2 I know You’re always by my side

Indeed Allah is with us.

“O you who believe, seek assistance through patience and prayer; surely Allah is with the patient“ (Quran 1:153)

This is a good reference to what I spoke about earlier. The prophet was depressed with the absence of revelation, which restarted.

4 ‘Cause Your mercy never dries

Allah speaks about his mercy in many places in the Quran.

“Say, “O My servants who have transgressed against themselves [by sinning], do not despair of the mercy of Allah . Indeed, Allah forgives all sins. Indeed, it is He who is the Forgiving, the Merciful.”” (Quran 39:53)

Allah is close to us, and made mention of it in the Quran:

“And indeed We have created man, and We know whatever thoughts his inner self develops, and We are closer to him than (his) jugular vein.” (Quran 50:16)

It’s amazing to think Allah described his closeness as being closer than the jugular vein, as this vein is essential for survival.

The title ‘By My Side’ has also been used by Safe Adam in his track which I reviewed a few months back. The same words also appear in the chorus of Zambilooni by Zain Bikhr.

Please find my rating below. What do you think of this track? 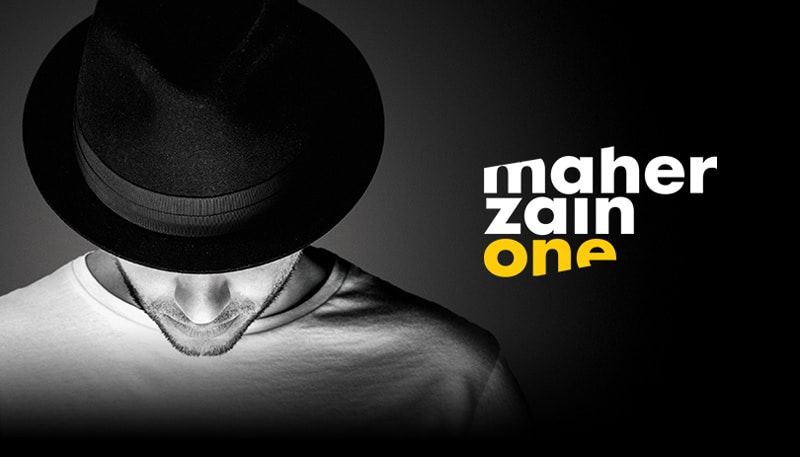 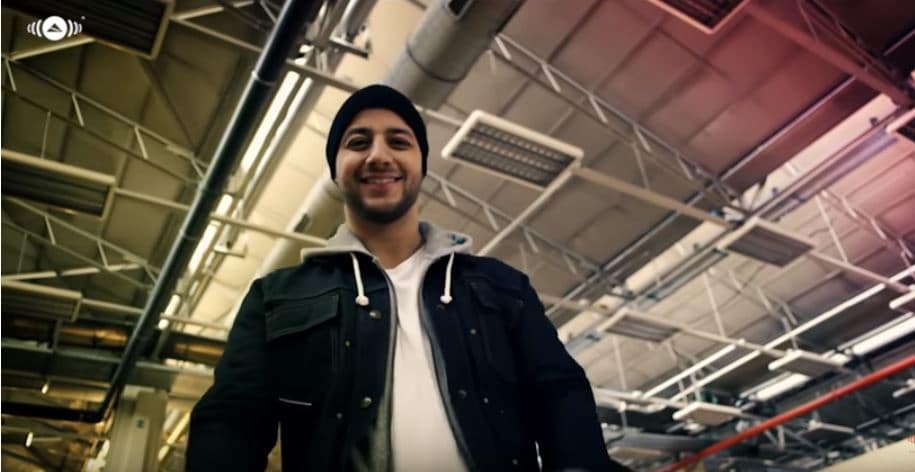 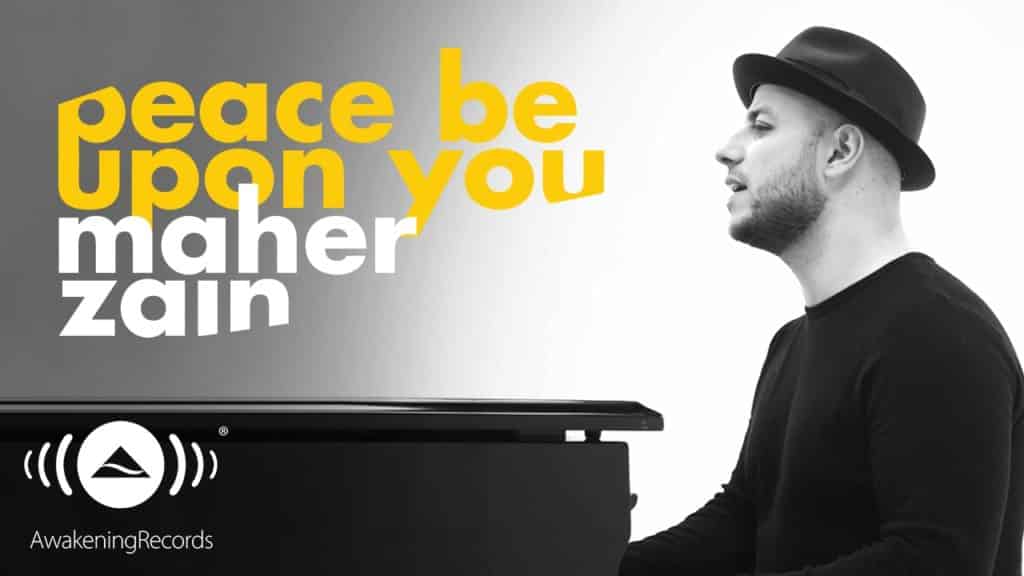 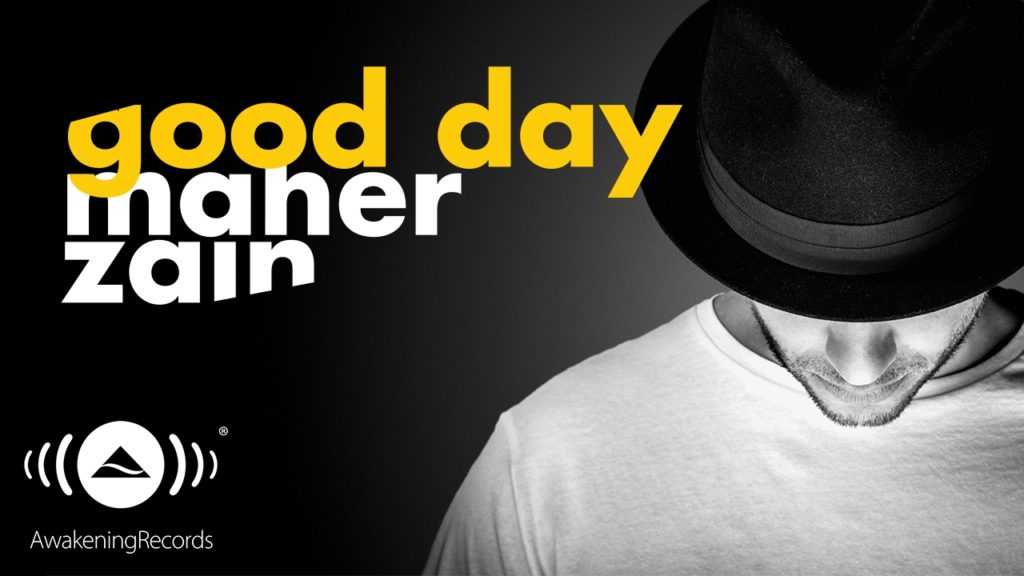