Waqas from Outlandish has once again teamed up with Safe Adam to bring us another brilliant faith inspired song – Hopeful.

Much of the world is under lockdown, the virus is spreading faster than ever. Here in the UK we have a nation wide lockdown with no real end date in sight. Therefore the best approach we can take is to stay hopeful, making this a much needed song during the current pandemic.

This is not the first time Waqas and Safe Adam have collaborated, they previously produced a track called ‘Might not be right‘ with former Outlandish member Lenny, and produced ‘Shine a light’ 6 months prior to releasing ‘Hopeful’.

The track is available on Amazon for only 59p – that’s much cheaper than most music out there.

Wait… who is Waqas?

Waqas Ali Qadri is a Danish singer best known for being part of the group Outlandish, a faith inspired hip-hop music group formed in 1997. The group members went their separate way in 2017 however Waqas is still producing music.

Shortly after going solo Waqas released a new album titled ‘One Foot In The Sink‘, which aired on popular radio networks such as the BBC Asian Network in the UK.

Waqas actually produces his own music, and produced the track Hopeful.

and what about Safe Adam?

Originally classed as a Nasheed artist, Safe Adam made his debut into the Islamic music industry in 2013 with his album ‘Heart’. He is a British-Iraqi singer and regularly performs at Emerald Network events in London (outside lockdown), hosted by Rooful Ali.

Safe’s hit songs include ‘Believe’, ‘Not in my name‘ (which he sang on BBC2) and his favourite: ‘Invincible‘.

Outside singing, Safe is a producer for Red Race Films and recently worked on the ‘One night in Al-Aqsa‘ film project.

What is Hopeful About?

It’s all about staying hopeful… hopeful for a change.

Perhaps a direct reference to the pandemic, or a more general message for anyone who finds themselves in a situation where patience and hope is required.

The lyrics are extremely meaningful and there are some references to Islam which we will cover in the lyrics section.

At first glace the video seems odd… there are no people. But then you remind yourself of the lockdown and context of the song – it makes perfect sense!

Perhaps the video was created in this manner to remind us that there is a beautiful world out there, a world that we will once again be able to explore as long as we stay hopeful.

The video was produced, directed and edited by Tony Lorentzen

How have people reacted?

Here are some reactions to the video on Youtube:

Just in the right time .. meaningful lyrics as usual 🙏🏻🙏🏻big up to u from Moroccoooo💕💕💕💕💕

Beautiful beat and heart touching lyrics you both are great 🤩🤩

Lyrics to Hopeful below.

I stay hopeful in times of hopelessness
I get by if I know where my focus is
I got alot on line and time is runnin out
I got a lot on my mind with hope there’s no doubt
No doubt there’s no progression if you don’t scout
On a lookout stay away from people with clout
They will applaud you, double cross you
Beware of the fraudulent deceitful – 3 read analysis
Mama taught me right not to
Trust too much but don’t be so suspicious
Don’t get lost in the darkness of hatred
The good will always prevail over the vicious for real – 4 read analysis

I hope my preminiscion is missing like jodeci
I rather be full of anticipation and then we’ll see
What the future will bring and what lies in store for me for real
Why would I over complicate things meant to be
For me you know it’s all the same
We high, we low, we bleed the same
When we gone the memories of us remain
At the best with those left with the pain
And they too will fade away in the midst of history
And all there will be left are forgotten memories
Time waits for no man in time you will see

References to the Quran and Hadith (direct or indirect) have been numbered above, and explained in this section.

1 – Everything is predetermined, so staying hopeful makes sense

Allah tells us that everything is predetermined in life, and all we need to do is rely on him.

And whoever relies upon Allah – then He is sufficient for him. Indeed, Allah will accomplish His purpose. Allah has already set for everything a [decreed] extent

Although this line appears a little random, it makes perfect sense. The Prophet taught us not to look down on people of another colour in his last sermon.

3 – People have always tried to deceive

They will applaud you, double cross you. Beware of the fraudulent deceitful

People will always try to deceive. In fact, when Islam was first introduced in Medina many of the inhabitants, who worshiped idols, pretended to be Muslim. These were people from the tribes of Aws and Khazraj, who thought they could deceive our Prophet. Allah then revealed the following verse about them:

They [think to] deceive Allah and those who believe, but they deceive not except themselves and perceive [it] not.

4 – One of the best lines from this song! Good always wins.

The good will always prevail over the vicious for real

This is mentioned in the Quran where Allah states he always plans one step ahead of wrong doers.

“They plan, and Allah plans. Surely, Allah is the Best of planners.”

I felt sad when Outlandish disbanded, however Waqas and Safe Adam are producing music just as well as the group used to.

Hopeful has been released at the right time, and contains positive meaning as well as a great tune. The production is good and i’d love to hear more from these two in the future.

Do you agree with the review? Rate the song using the star system below and feel free to leave a comment (requires Facebook). 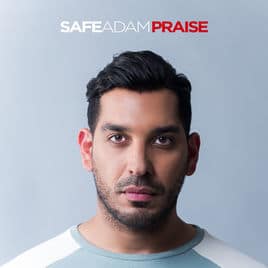