“I am not a Nasheed Artist” was the title of Khaled Siddiq recent YouTube video. He has separated himself from typical Nasheed artists such as Sami Yusuf, but that doesn’t mean his songs do not contain Islamic meaning.

Still On Deen fits into the hip-hop/rap genre of music. Mainstream singers such as ‘Stormzy’ come to mind when listening to the style of track.

What is a Nasheed anyway?

A Nasheed simply means a song and can take any style, genre or language. This is Khaled’s view and we agree.

The name of this website is ‘Islamic Music Hub’ rather than ‘Nasheed Hub’ for this very reason. We want to see Islamic music thrive in all parts of the world, adapting and adopting new sounds, instruments and vocal styles.

We give a green light to any song that promotes Islam in a positive way.

What is ‘Still On Deen’ about?

It’s a rap aimed at haters.

Those who sing religious songs are commonly criticised when seen doing less Islamic actions, even though they are normal people. Harris J recently posted stories about receiving hate from people who viewed him as a model. He struggled with life as both a Nasheed artist and normal London boy.

Despite sounding like a mainstream rap, there are hidden lyrics referencing the Quran and Islam. The aim of Islamic Music Hub is to call out the links between Islamic song lyrics and the Quran/Hadith.

The lyrics will be presented later in this post with references to Quran and Hadith. But first let’s take a look at the ‘Still On Deen’ music video.

The video has been shot in three locations typical of rap videos:

It’s a simple yet effective video shot in dark lighting and at night. At one point Khaled is holding a bottle which seems to resemble a bottle of beer – but no doubt is non-alcoholic.

He’s wearing designer tracks with a Muslim cap, striking a balance between deen and dunya.

Lyrics to Khaled Siddique’s ‘Still on Deen’ below.

How can he say I ain’t on deen?
Wagwan my yute? Are you dumb?
Been prayin’ for about five years – 2 read analysis
And wallahi I ain’t missed one – 3 read analysis
But I’m still tryna skrrt those demons
On the M1, BM speedin’
Altercations and situations
Had to give thanks to Allah, man’s breathin’ – 4 read analysis

can he say I ain’t on deen?
Every day duckin’ them shayatin
I remember back when I lost my mind

Would’ve thought that I was CeeLo Green
So we’re you from? Like, yo
That’s why I’m in Senegal doin’ ziyarat
Man tried M me and then he got ended
Call that fourty eight laws of karma

How many times have I prayed my salah?
I can’t got sleep without Surah Al-Falaq – 8 read analysis
And them man tried call me a jahil
But we both know it’s ’cause of my colour
Had me thinkin’ the deen was evil
Had to go Senegal to find my people
Out in Medina, bites with the vibes so live
When the vibes so peaceful

But these paigons gettin’ me vexed
If I reply, I might go viral
If I punch man up like Moses – 9 read analysis
Then I’ll dip to my G’s in Cairo
Everybody wanna ride this wave
Got me out ‘ere feelin’ like Noah
But my ship don’t take no snakes, pigs
Bullet tactics tashkova
Pray two rakat then I make tawbah
Fly to Dakar then I hit Kaolack
Man can’t chat about what I know
‘Cause you’ll thinkin’ ‘my, oh gosh’
Wawgwan for this yute? He’s lost
Man got knowledge and paid that cost
Still, I done bare sins last week
So I make that wudu and wipe it off – 10 read analysis

It’s amazing! A song of this nature opening in the name of Allah.

The phrase means ‘In the name of Allah the beneficent, the merciful’. Every surah (chapter) in the Quran opens with this line – except Surah Tawba.

786 comes from this word

You may observe many Muslims use 786 in their email address. This number actually comes from the phrase ‘Bismillah al-Rahman Al-Rahim’.

In short A=1, B=2 etc. 786 is the total when adding all the numbers of Bismillah together.

2 – Regular prayer is a must

Been prayin’ for about five years

The Quran encourages us to pray on a regular basis in many verses. Here’s one example:

Recite what has been revealed to you of the Book and establish prayer. Indeed, ˹genuine˺ prayer should deter ˹one˺ from indecency and wickedness. The remembrance of Allah is ˹an˺ even greater ˹deterrent˺. And Allah ˹fully˺ knows what you ˹all˺ do.

And wallahi I ain’t missed one

It’s important to strive to never miss a prayer. There are not many Hadith related to this topic.

Back in the days of the prophet, there was no much thing as a Muslim who does not pray. If you did not pray you were not a Musim – scary no?

4 – Give Thanks To Allah

Had to give thanks to Allah, man’s breathin’

We should give thanks to Allah for everything, even the fact that we have life!

If you are grateful, I would certainly give you more; and if you are ungrateful, My chastisement is truly severe.

5 – Say no to Debt with Interest

Don’t take credit and I don’t do debt

This is a hard one to write about.

Debt with interest is a no in Islam. Putting money in a savings account that pays interest is also Haram. The bank is lending your money in exchange for a price – you cannot charge money for money.

Most Muslims are aware of this however many find it hard to follow, especially when it comes to Mortgages.

Stocks and shares are a great way to grow money in a more Halal manner, as long as you invest in Halal companies only. The reward is much higher however there is also risk that your investment can go down (which makes it Halal).

But be careful… there are strict criteria to follow when selecting companies to invest in. The Islamic Finance Guru website provides a fantastic list of Debt free companies.

Here is an important verse about interest (Riba in Arabic). It’s not a minor sin so please do your best.

O believers! Do not consume interest, multiplying it many times over. And be mindful of Allah, so you may prosper.

That’s why I’m frontline there in the mosque

Try to get into the front row in the Mosque, it’s the best row for men while the last row is preferred for Women.

And they tell me music’s haram

There are differences of opinion on this matter. Our post titled Is music Halal or Haram in Islam gives some evidence for the various opinions related to this topic.

Can’t got sleep without Surah Al-Falaq

In a Hadith, the prophet stated that we should try to recite Surah Falaq and Surah Nas before bed.

Aisha reported: The Messenger of Allah, peace and blessings be upon him, would get ready for sleep, he would blow into his hands, recite the two chapters of refuge (surah al-falaq and surah an-nas), and he would wipe his hands over his body.

Interesting reference. Prophet Moses (pbuh) accidently killed a man during a fight, and went on to seek forgiveness from his lord.

And he entered the city at a time of unawareness of its people, and he found there two men fighting, – one of his party (his religion – from the Children of Israel), and the other of his foes. The man of his (own) party asked him for help against his foe, so Musa (Moses) struck him with his fist and killed him. He said: “This is of Shaitan’s (Satan) doing, verily, he is a plain misleading enemy.”

So I make that wudu and wipe it off

That’s easy! We should do it more often, even when we are not praying.

In another narration, the Prophet said, “When a Muslim man performs ablution, his sins are removed from his hearing, his sight, his hands, and his legs. If he sits down, he will sit down forgiven.”

Songs like this are a must in order to attract and guide people of certain demographics and ages.

I like the mix of styles from Khaled Siddique and hope to hear more in the futrue.

…and don’t forget to follow us: Islamic Music Hub 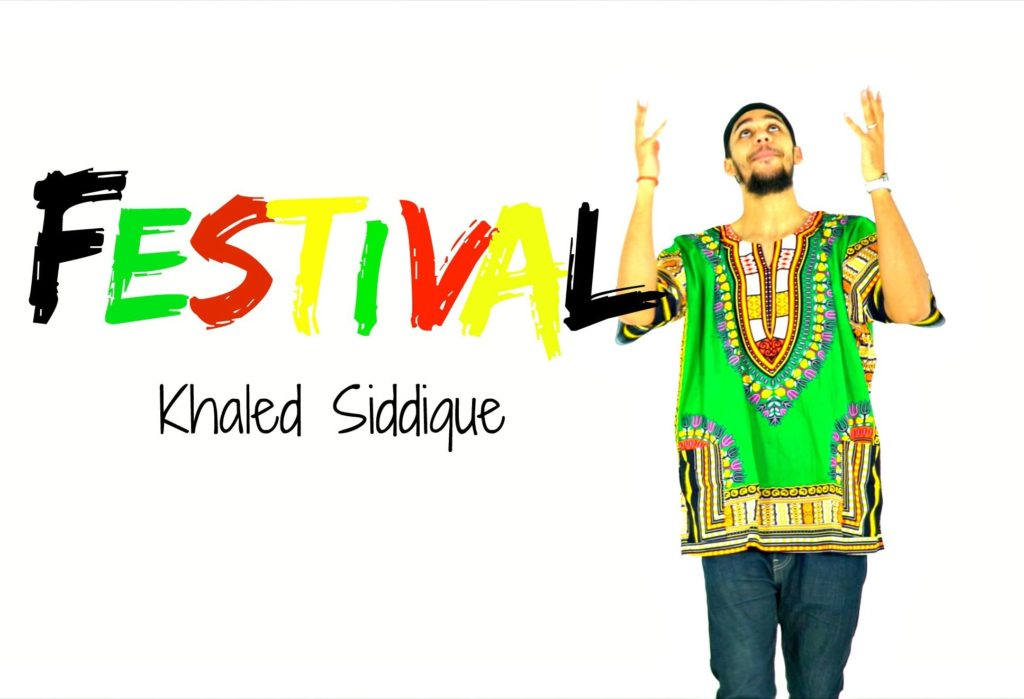