It’s been a while since Yusuf / Cat Stevens released an Islamic song. A live version of Tala’a Al-Badru ‘Alayna is a perfect end to 2020

Yusuf / Cat Stevens has recently made a comeback with his mainstream music, many of his old songs have been re-sang and re-released.

It all started when Yusuf’s son brought home the old guitar that the well known singer used to play. This promted Yusuf / Cat Stevens to get back into singing.

Yusuf has said in an inverview that he holds the opinion that music is not haram, and that the view is only held by a minority of scholoars. He speaks about the impact music has had on various Islamic countries, and how the guitar has roots in the East. Allah knows best.

Why would he sing unislamic songs?

If you listen to the lyrics you’ll notice that Yusuf appears to have been Muslim from the start. His lyrics are often positive and in-line with Islamic values. Take Peace Train for example, a popular song that has been re-sang as a nasheed by Yusuf himself, as well as Zain Bikha.

Other artists to sing Tala’a Al-Badru ‘Alayna include Khaled Siddique, Raef, Khaleel Muhammed and many more.

What is Tala’a Al-Badru ‘Alayna?

It’s an old traditional Islamic poem that the local inhabitants of Medina sang for the prophet Muhammed upon his arrival into the city.

There are differences of opinion into when the song was sang to the prophet Muhammed (peace be upon him). Some say it was when the prophet fled from Makkah to Medina while others beleive it was when he arrived after completing the battle of Tabuk.

It is unclear whether drums were being played while the singing took place. If so it would have been an instrument known as the Daf, similar to a tambourine without the bells.

It’s not quite a music video. Yusuf sings Tala’a Al-Badru ‘Alayna in a live performance – just him and a guitar. We see occasional photos of beautiful Islamic sites such as a Mosque, while Children accompany his vocals.

O the White Moon rose over us
From the valley of Wadā‘,
And we owe it to show gratefulness,
Where the call is to Allah!

O you who were raised amongst us,
Coming with a word to be obeyed,
You have brought to this city nobleness.
Welcome best caller to God’s way!

O the White Moon rose over us
From the valley of Wadā‘,
And we owe it to show gratefulness,
Where the call is to Allah

lillaahi daa’
the call to Allah

At this point we would usually do a deep dive into the lyrics of the song, highlighting any references to Quran and Hadith.

However the song in this case is a traditional poem. The Quran was still being compiled when it was first sang, and the messager still alive.

Overall the lyrics reference many of natures wonders, things that would have been visible to an Arab living in the dessert every day.

The reference to the moon for example, the only source of (reflected) light during nightfall. The moon is also used to measure the progress of the month, as Islam follows the lunar calendar.

The fact that the moon gives reflected light is referred to in the Quran, which was revealed over 1400 years ago?

And made the moon therein a [reflected] light and made the sun a burning lamp? (Quran 71:16)

In this verse the attribute of the moon was that of an-Nur which refers in Arabic to anything that is opposed to darkness and anything that makes things visible.

While the sun has been named a-Dyaa and as-Siraj which actually is an oil lamp (that gives light). Note that the term ad-Diya’ refers to a source of light or something that gives light!

Interestingly the light from the moon is always referred to as An-Nur while the sun is always A-Dyaa or As-Siraj – the two are not used interchangibly.

To see Yusuf / Cat Stevens singing Islamic songs again is fantastic in it’s own right. I like his rendition of Tala Al Badru, and would love to see him singing producing unique Islamic music once again. 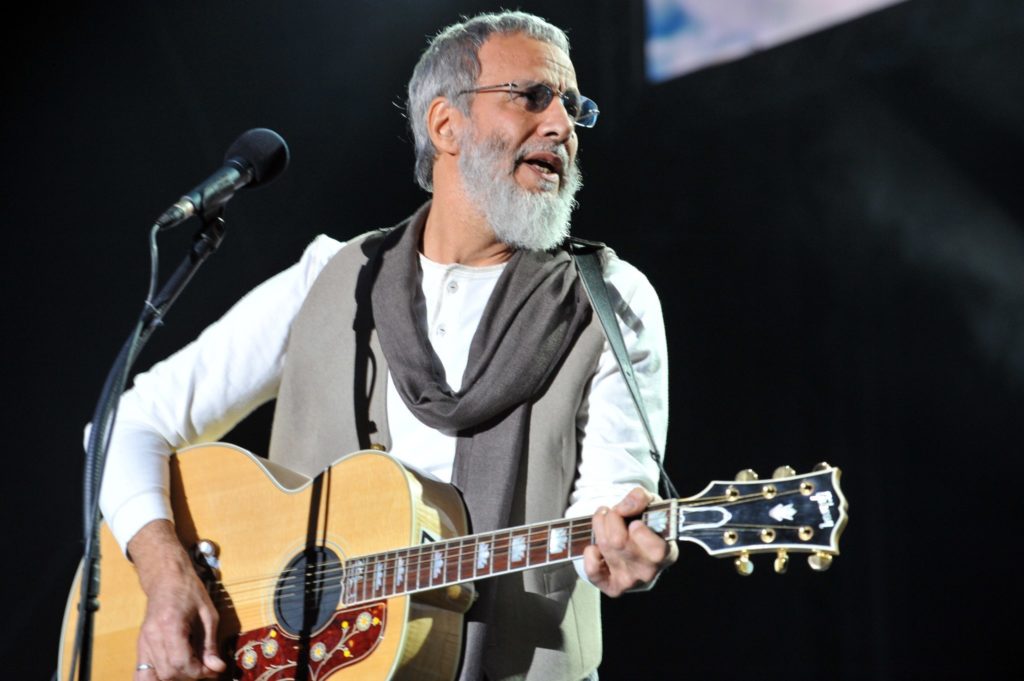